Cumbria Chamber is concerned that the county could miss out on the full benefits of HS2, the proposed £56bn high-speed railway linking London to the Midlands and the North of England.

Although the 250mph purpose-built line will end just south of Wigan, HS2 trains will continue at slower speeds over the existing tracks to Scotland.

But assumptions published by HS2 last week show that through trains from London will not stop between Preston and Glasgow or Edinburgh.

Passengers travelling to and from Cumbria will have to change at Preston.

Rob Johnston, Chief Executive of Cumbria Chamber of Commerce, said: “We were incredulous when we saw this.

“It strikes us as bizarre that HS2 trains would hurtle through the county without stopping, given that Cumbria has so much to offer.

“How are we expected to boost Cumbria’s tourism sector if we make it more difficult for tourists to come, and how are we supposed to host nationally-significant infrastructure projects, such as Moorside?”It strikes us as bizarre that HS2 trains would hurtle through the county without stopping, given that Cumbria has so much to offer.

HS2 is adamant that, despite the disruption caused by an enforced change at Preston, it will still bring significant benefits.

It strikes us as bizarre that HS2 trains would hurtle through the county without stopping, given that Cumbria has so much to offer.

The new timings include 10 minutes to change trains at Preston.

But Rob said: “Passengers don’t want to change trains and, as soon as you introduce a change, you have the potential for a missed connection.

“We will be lobbying government directly, and using our influence through the British Chambers of Commerce, to change this.

“It’s imperative that Cumbria doesn’t lose its through rail service to the capital. If that were to happen, it would certainly damage our economy.”

He added: “We know from the research we did this year around the Industrial Strategy Green Paper that Cumbrian businesses have mixed views on HS2.

“Some are supportive, others regard it as a waste of money, and that was before we learned that London trains would not stop here. I suspect that no-one in Cumbria would support that.

“The main argument for HS2 is that it would increase capacity on the West Coast Main Line, which cannot cope with demand. But the benefits to Cumbria of increasing capacity will be lost if trains don’t stop here.”

HS2’s proposals do allow for through services from Cumbria to Birmingham, without a change, bringing significant time savings. The fastest journey from Oxenholme, for example, would be 79 minutes rather than 125 minutes now.

It hopes to see the high-speed line from London to Birmingham completed by 2026, when HS2 trains will begin running over existing tracks to Scotland.

Journey times should reduce further the following year, when the purpose-built line is extended to Crewe, and then again in 2033 when it gets to Wigan.

A new franchise, West Coast Partnership, will take over the West Coast Main Line from Virgin in April 2019 and operate the new HS2 services from 2026. 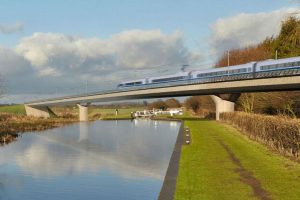 This has yet to be awarded, although the Government announced the shortlist of bidders this summer.

HS2 has confirmed that the franchise holder will be able to make a commercial decision on where trains stop. It told us: “Under current assumptions for modelling purposes HS2 services from London to Cumbria will require a change between HS2 trains at Preston.

“However, with HS2 Phase 2b services not due to start for 16 years, this may change when the future HS2 operator develops the timetable for the whole network.”

We will lobby the successful franchise bidder to ensure that their plans include stops at Oxenholme, Penrith and Carlisle.

The Chamber is already mobilising support behind our campaign.

“With two world heritage sites and increasing numbers of domestic and international visitors, it is unacceptable to see the proposed HS2 service, which is designed to benefit the ‘North of England’, will not stop here.

“Cumbria is a world-class destination and visitors to the county contribute £2.72bn to the economy. This shouldn’t be ignored by government and franchise plans for the North of England. “

The alternative of a journey to London, with a change at Preston which involves the risk of missed connections, to save 40 minutes, simply won’t be attractive to many.

He said: “We currently have a good direct through service from Oxenholme to London Euston which typically takes a little over 2½ hours

“Business travellers can work uninterrupted throughout that time and leisure travellers, many of whom have considerable amounts of baggage, can stow their luggage and enjoy a through journey.

“The alternative of a journey to London, with a change at Preston which involves the risk of missed connections, to save 40 minutes, simply won’t be attractive to many.

“For many who work when travelling, myself included, the disruption of having to change on a journey to London, will negate the benefit of any time saving and certainly won’t improve productivity.”

The MPs whose constituencies will be directly affected are backing us too.

It’s imperative that Cumbria doesn’t lose its through rail service to the capital. If that were to happen, it would certainly damage our economy.

Tim Farron, MP for Westmorland and Lonsdale, said “I will ask [Transport Secretary] Chris Grayling to intervene right away.

“I’m deeply concerned about it. There is a political consideration of Cumbria not getting a share of this enormous investment that we will all have contributed to as taxpayers.

“HS2 has been controversial, because of the expense, and this means that we would get no direct benefit from it.

HS2 has been controversial, because of the expense, and this means that we would get no direct benefit from it.

“We are Britain’s second biggest visitor destination and they are choosing to miss us out – that tells us a lot about people in Whitehall think.”

Carlisle MP John Stevenson, who is chair of the West Coast Mainline All-Party Parliamentary Group, said: “We have to make sure that Cumbria is listened to, and that there is a stop between Preston and Glasgow.

“This is a genuine risk to Cumbria but there is a lot of water to go under the bridge as far as HS2 is concerned – the franchise hasn’t been announced yet.

“I think partly this is a little bit of show by HS2 to show the shortest possible journey times between Scotland and London.”

Rory Stewart, MP for Penrith and the Border, said: “This is a battle I thought we had won. I persuaded [former Transport Secretary] Patrick McLoughlin to reinstate a stop at Penrith but it appears to have slipped through again.

“I will be working with John Stevenson to reverse this.” 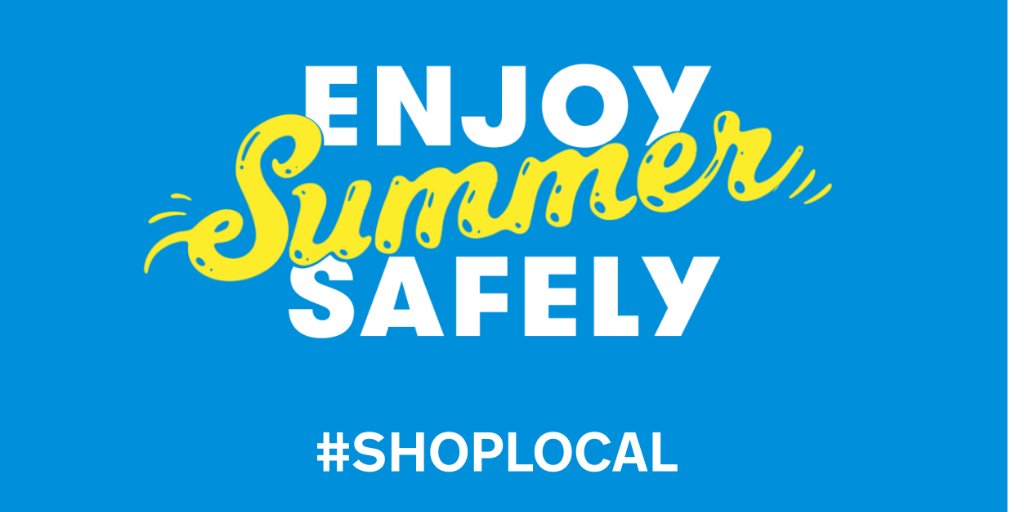 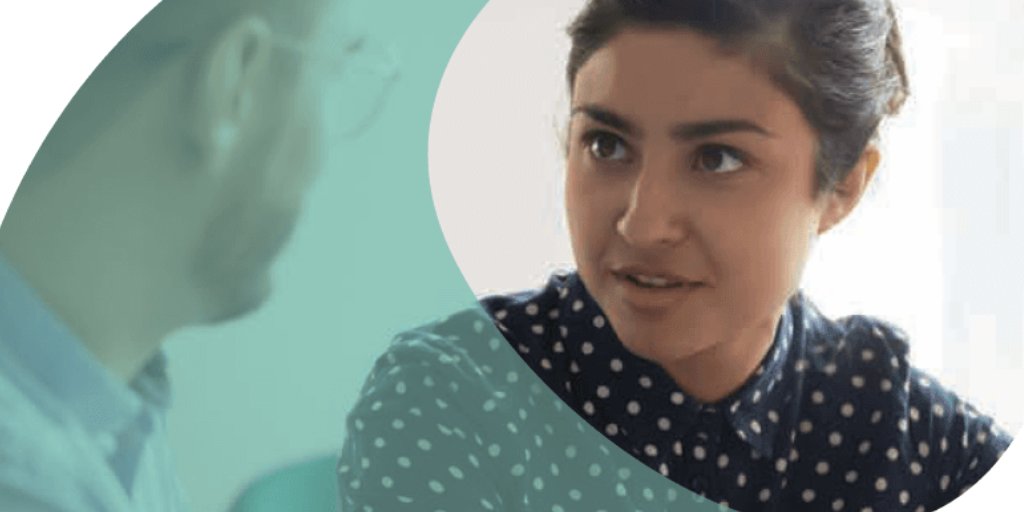 NHS Test and Trace has published advice on how to recognise, contain and report outbreaks of Covid-19 on your premises. There's a series of action cards to download for different types of business. Details here. buff.ly/2P1edNc 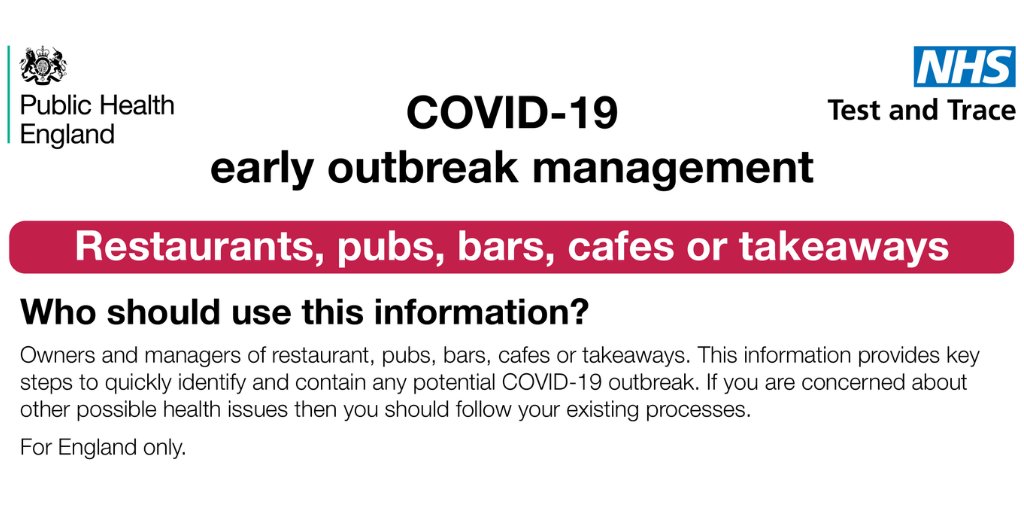