The Government has commissioned the writer Julian Glover to lead a review of National Parks and Areas of Outstanding Natural Beauty to ensure they are fit for purpose for the 21st century.

This is Cumbria Chamber of Commerce’s submission to the review:

Cumbria contains the whole of the Lake District National Park, a substantial part of the Yorkshire Dales and three Areas of Outstanding Natural Beauty – Arnside and Silverdale, the North Pennines and the Solway Coast.

As the largest representative business organisation in the county, Cumbria Chamber of Commerce was keen to engage in this review to highlight the challenges faced by businesses in National Parks and AONBs and to explore ways that these can be business-friendly without compromising their primary objective to conserve natural beauty, wildlife and cultural heritage.

We consulted widely to shape our response, conducting a survey completed by 61 businesses. Three were large firms with more than 250 employees, 19 were small and medium-sized enterprises with between 10 and 250 staff, and 39 were microbusinesses with fewer than 10 staff.

Fifty-one operate in the Lake District, 19 in the Yorkshire Dales, 14 in the North Pennines, 14 in the Solway Coast and 12 in Arnside and Silverdale. We also convened a workshop for businesses to discuss issues raised by the survey.

From the evidence gathered, we make 12 recommendations to improve the way that National Parks and AONBs function.

These include a tough planning regime, transport issues, patchy broadband and mobile phone coverage, and recruitment difficulties aggravated by an acute shortage of affordable housing.

Much of the employment available is relatively low-paid work in the hospitality, retail, and agriculture and forestry sectors.

This makes lack of affordable housing even more critical.

Almost all businesses in the Lake District struggle to recruit staff while villages cease to be viable communities as high housing costs force out locals who are replaced by affluent retirees and second-home owners.

There is potential, however, to create higher-paid employment by attracting tech, consultancy and other service businesses to relocate.

Professor Andrew Atherton, Professor of Enterprise and Deputy Vice-Chancellor at the University of Lancaster, has identified a trend for these businesses to leave London and other large cities because of the high cost of operating there.

He argues that they will move to areas of the country that offer a high quality of life, making National Parks and AONBs prime contenders.

We believe that, with greater emphasis on infrastructure and economic development, National Parks and AONBs can be more business-friendly without jeopardising the precious natural environment.

This is an opportunity to attract higher-paid employment that can reinvigorate our rural communities and ensure that National Parks and AONBs are living, sustainable entities, rather than rural theme parks.

There is widespread agreement that National Parks’ and AONBs’ primary responsibility is to conserve natural beauty, wildlife and cultural heritage.

However, National Parks could put more emphasis on their secondary duty to “foster the economic and social wellbeing of local communities” and AONBs to have “regard for the interests of those who live and work there”.

For example, there is an urgent need to enhance digital infrastructure to meet the needs of businesses, residents and visitors, and to encourage businesses from other parts of the country to relocate.

“Too often National Parks give too much weight to their primary conservation duty but good conservation cannot be achieved without a strong economy and thriving communities.”

“The National Park can err on the side of preservation rather than the opportunity to positively enhance and develop its offering. Preservation can lead to stagnation.”

“It is an inspirational place to live and work but the biggest issue is that I have no mobile phone signal at home and a very patchy signal throughout the National Park.”

Some businesses have had positive experiences of the planning process while others find it problematic.

There is a recognition that planners have a difficult job, and are under-resourced, but a feeling they could do more to work constructively with applicants to speed up the process and reduce costs.

Planning Performance Agreements have been a boon for larger applications but many small businesses still struggle with planning issues.

We know of a micro-business in the Lake District that spent more than £70,000 in an attempt to secure consent for a relatively modest project.

There is a concern that local authorities can be over-zealous and inflexible in applying planning rules in AONBs.

“Planning is inconsistent, expensive, long-winded and not sympathetic to businesses in heritage locations.”

“The [planning] culture in the Lake District National Park has improved over the last 10 years. It’s now easier to get planning consent in the National Park than it is in the Arnside and Silverdale AONB.”

“The amount of surveys and professional reports that are needed before a planning application is even accepted as being valid can be daunting and very expensive, running into tens of thousands of pounds.”

“Too often the answer to a planning proposal is ‘no’ rather than ‘good idea – let’s see how we can make it fit’.”

Transport is a major issue, particularly in the Lake District.

Businesses are concerned about congestion, lack of parking, the high cost of parking and inadequate public transport.

These deter customers and make it more difficult for businesses to recruit staff. Lack of public transport is also a problem in AONBs.

Cumbria County Council stopped subsidising buses in 2014, which means only commercially-viable services survive and fares are high. Many parts of Cumbria’s National Parks and AONBs are inaccessible by public transport.

Car parks in the Lake District are in the hands of multiple operators including the National Park, National Trust and local authorities, which makes a joined-up approach more difficult. Provision for cyclists could be better.

Businesses are divided on ideas such as a congestion charge or a visitor tax to raise revenue but there is consensus that investment in transport is needed badly and we need to explore innovative ways to fund it.

“Cycling provision is appalling. I’d rather cycle down the hard shoulder of the M6 than chance my arm on the A591 through the Lakes.”

“The constant drive to bring in tourists is contrary to the needs of businesses that are not in tourism. The traffic/parking problem makes running our business increasingly difficult.”

“Operate bus services to bring staff in and out of the National Park.”

Lack of affordable housing is a serious issue for businesses, particularly in National Parks, because it makes the recruitment of staff more difficult.

The prevalence of holiday lets and second homes restricts the supply of private rented housing. Holiday lets contribute to the economy. But second homes, which may stand empty for much of the year, damage communities.

There is an urgent need to increase the supply of affordable housing, particularly for the rented sector. ‘Affordable’ homes for sale are often beyond the reach of local people even when sold at a discount market value.

“Prevent people from buying holiday homes. It should be a privilege to live here, not somewhere to visit for a couple weeks a year. Causes dead villages.”

“Allocate suitable sites for housing and use local residency clauses.”

“There are so few working people living in the area. The last time we tried to recruit it took five or six months to find one part-time person.”

“We’ve traded these last 18 years inspite of the National Park, rather than because of it. The residential population has halved in the last 50 years so we’ve had to find space for at least half a dozen live-in staff.”

“Housing is very expensive – so much so that teachers and other essential workers cannot afford to live in the communities where they work.”

There is a perception that National Park authorities are dominated by retired professionals, often from outside the area, who may not grasp the realities of living and working within a National Park.

Of the 20 members of the Lake District National Park Authority, for example, only 13 live within the Park. Two live outside Cumbria.

While some have a business background, it is often in the City or in finance – few have experience of operating a business in a National Park.

As members are unelected, there is no mechanism to hold National Park authorities to account for the decisions they make.

“It would be good to have a level of local business people on the governing body who understand the logistics of living and working in the National Park.”

“There is a huge requirement to get more younger people involved at a higher level in shaping the future of National Parks and AONBs.”

“There are too many retired settlers from the big cities [on National Park authorities] and few local-born people who understand the difficulties.”

“More say from local businesses would be beneficial.”

“Board members need to be more varied, with younger representatives.” 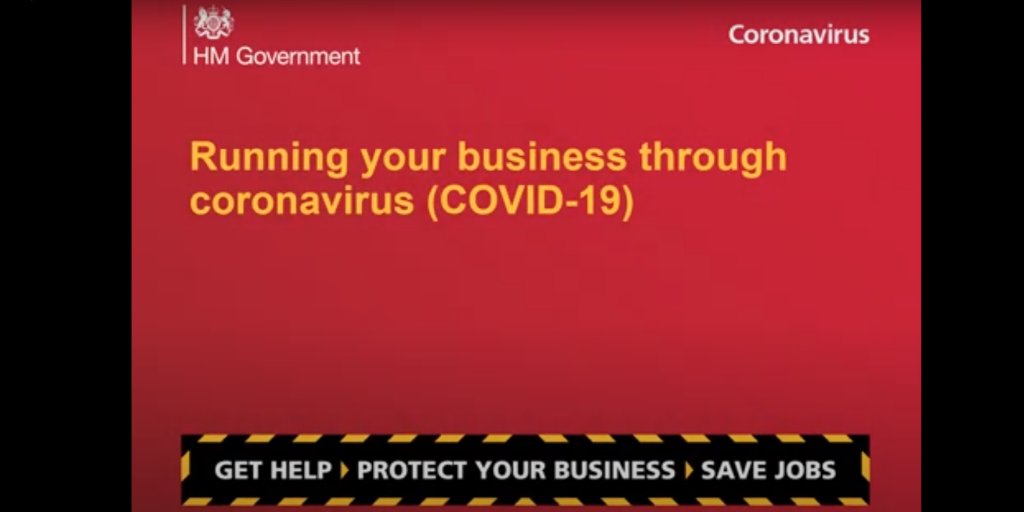 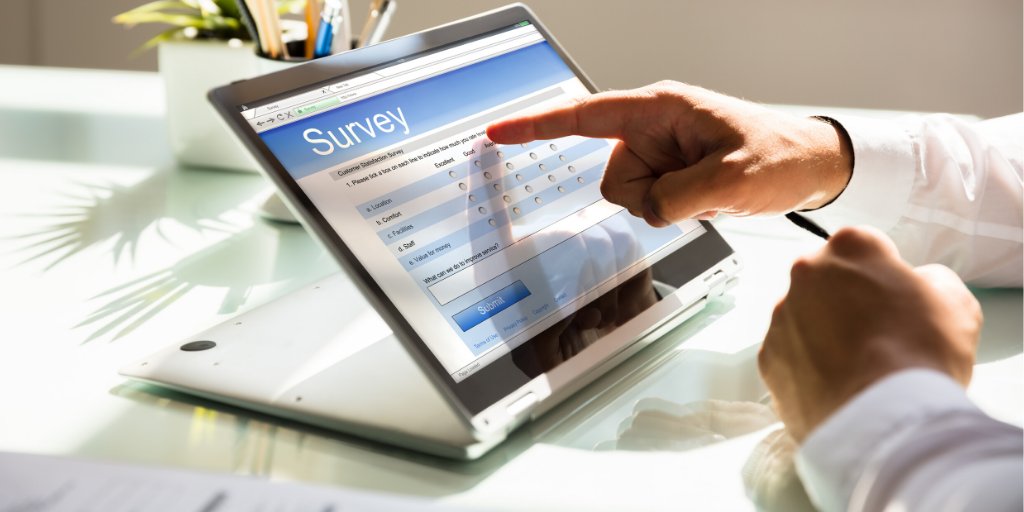 Coronavirus Bounce Back loans have been flying out. SMEs can borrow up to £50k for up to six years. There are no fees, no guarantees required, no interest in the first year, then fixed at 2.5%. No need to start repayments for 12 months. More here. buff.ly/3cV4VfC 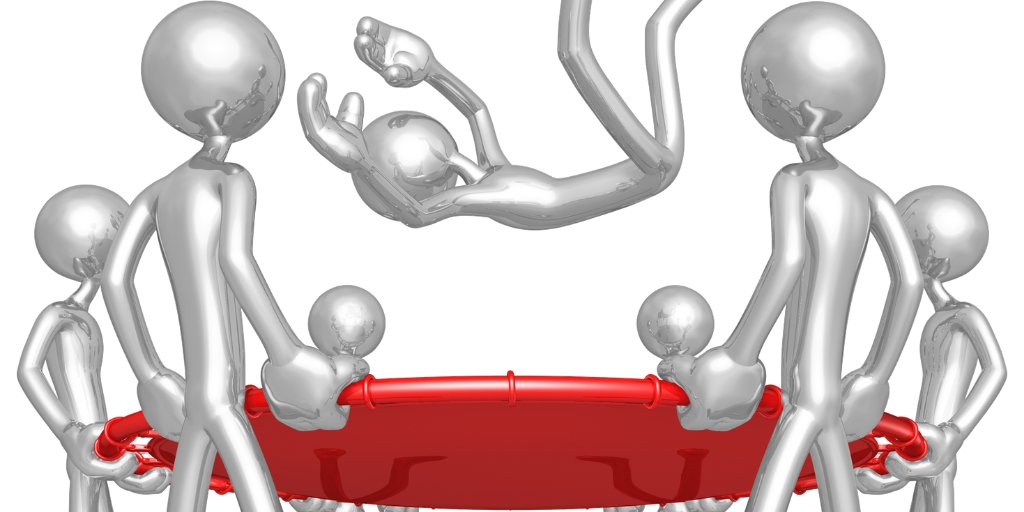